What did ancient peoples know about astronomy?

The Greek astronomer Aristarchus of Samos (c. third century BCE) is considered the first person to propose a heliocentric (Sun-centered) model of the Solar System. His astronomical ideas were rejected in favor of the geocentric theories of Aristotle (384-322 BCE) and Ptolemy (c. second century BCE) but his work attests to the high development of ancient Greek science. 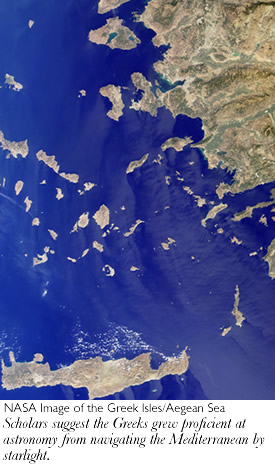 "Aristarchus has brought out a book consisting of certain hypotheses, wherein it appears, as a consequence of the assumptions made, that the universe is many times greater than the 'universe' just mentioned. His hypotheses are that the fixed stars and the Sun remain unmoved, that the Earth revolves about the Sun on the circumference of a circle, the Sun lying in the middle of the orbit, and that the sphere of fixed stars, situated about the same center as the Sun, is so great that the circle in which he supposes the Earth to revolve bears such a proportion to the distance of the fixed stars as the center of the sphere bears to its surface."

Some contemporary scholars suggest that the ancient Indo-European peoples who composed the Vedic Scriptures possessed an advanced knowledge of astronomy (prior to c. ninth century BCE). 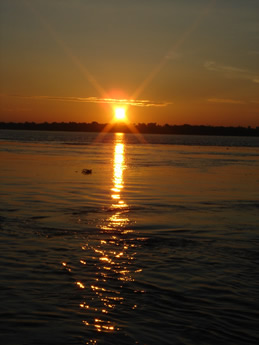 The earliest traces of heliocentrism are found in several Sanskrit texts written in ancient India.

Yajnavalkya, the 9th–8th century BCE author of the Shatapatha Brahmana recognized that the Earth is spherical and expounded a heliocentric concept.

He wrote, "The sun strings these worlds - the earth, the planets, the atmosphere - to himself on a thread."
--—Shatapatha Brahmana, 8.7.3.10

"The Sun never sets nor rises. When people think the sun is setting, it is not so; they are mistaken. It only changes about after reaching the end of the day and makes night below and day to what is on the other side."